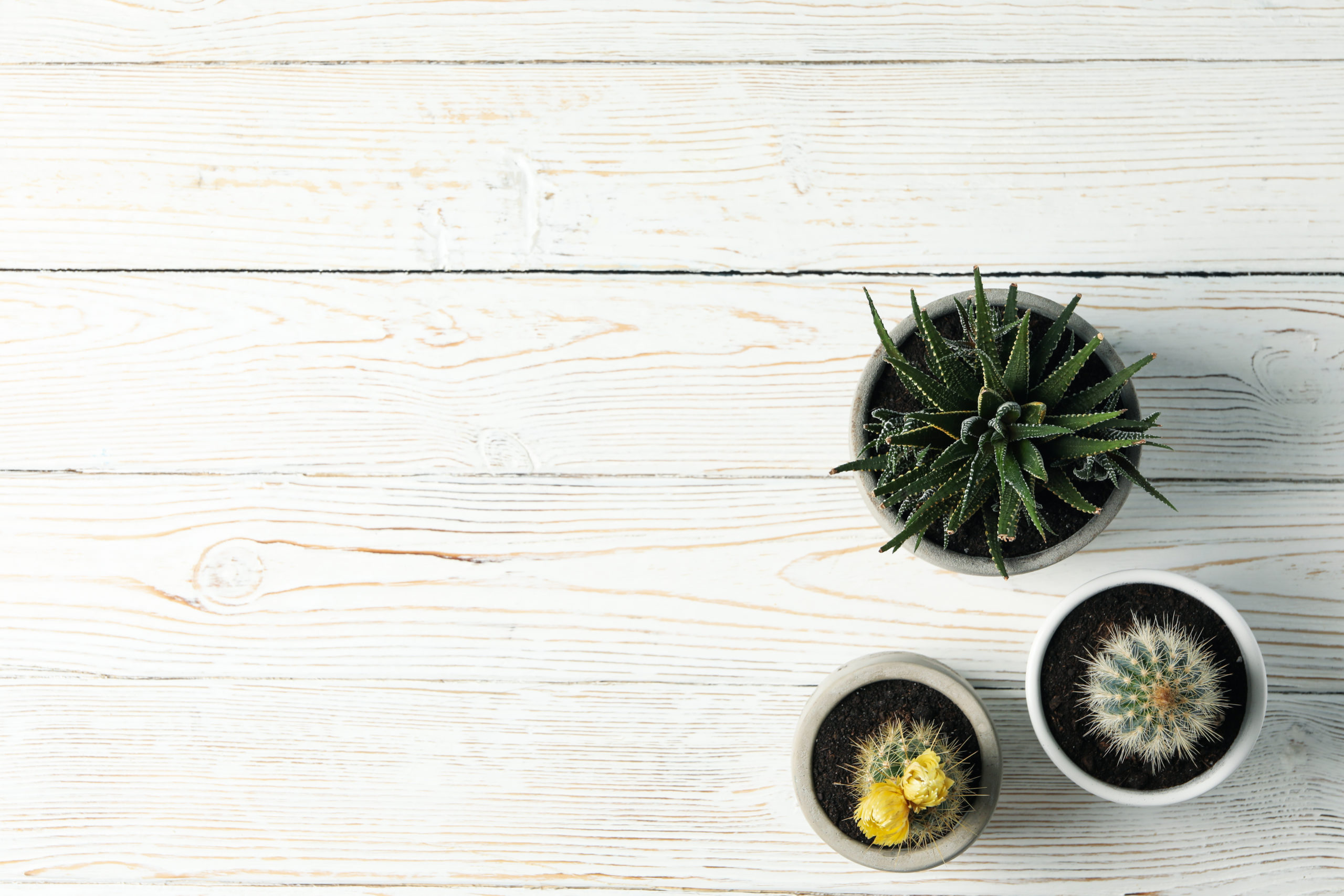 Many people think that cacti and succulents require a small amount of water every once in a while. While it’s true that these plants are tough and can usually survive under such circumstances but most certainly will not thrive.

During their growing season, these plants like regular watering and fertilizing. For most, the period of growth is from Spring into Fall. Many plants rest (stop putting on growth) from late Fall to early spring, when temperatures are cool and daylight length is short, and during mid-Summer, when temperatures are at their peak.

While growing, cacti and succulents should be watered at least once a week. Some people water more often than this. During each watering, give the soil a good soaking, so that water runs out of the drainage holes of the pots.

When the weather cools and day-length shortens, plants enter a rest period. During that time, increase the interval between watering, and let the potting mixture dry out between watering. Some people say that during dormancy, cacti and succulents should be given just enough water so that they show no sign of shriveling.

Most cacti and succulents like bright light, but not all can tolerate intense, direct sunlight, especially in conjunction with high temperatures. The intensity of the light that a plant will thrive depends on the species.

Too much light: When your plant is getting too much light, it can appear “off color,” taking on a “bleached out” look, or turning yellow or even orangish. Keep in mind that these signs can also indicate other stresses, such as disease or too much water, so use common sense when making your diagnosis.

If your plant is moved suddenly into very bright sunlight conditions, or if the weather suddenly turns hot with abundant sunshine, your plant can scorch. This can happen very rapidly and can scar the plant for the rest of its life, so be on alert for when such a condition might occur, and take precautions to prevent scorching.

Too little light: If your plant is receiving too little light, it might etiolate and/or appear to really reach for the light source. (Etiolation is the condition where a plant becomes “drawn,” for example, a cactus plant that is normally round begins to look as if it is being stretched out from the growing point at its center). Your plant will suffer if left in such light conditions for very long.